Casinos that have Luxor Slot 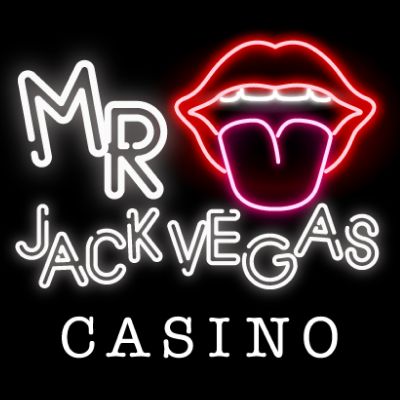 Walk into the Temple of the Pharaohs with Luxor, a new slot game by the team at Pariplay. Few places or periods in time capture the imagination like Ancient Egypt. The city of Luxor was the capital of the Egyptian empire for centuries, a hub of culture and wealth - which went on to inspire the iconic Luxor pyramid casino venue in Las Vegas.

This fun and unusual slot game showcases the kings and queens of the age, and it is stuffed with treasures too. Big wins can come from the expanding reels, respins, and two jackpot prizes on offer. We took an in-depth look at the Luxor slot game, and we bring you this review and game guide. Check it out before you play, so you can make the most of Luxor and find a new online casino with this ancient video slot on offer.

How the Luxor slot works

The game is set inside the dusty, draughty chamber of an ancient pyramid. Players take on the role of a treasure hunter, hoping to enter the pharaoh’s chamber where the best artifacts are hidden. The reels themselves are beautiful golden scrolls, containing a range of symbols relevant to the Ancient Egyptian theme.

The game’s most valuable symbol is a young Tutankhamun, followed by the canine god Anubis and the beautiful Queen Cleopatra. There is also a gorgeous golden ring, and a traditional ankh cross. At the lower end of the scale, the typical A-K-Q-J-10 set also appears. The characters have been given a makeover, with inscribed hieroglyphs and gold tips.

Finally, there are two bonus symbols: King Tutankhamun's mummy, and the scarab beetle. These two symbols appear only on the middle three reels, and each has its own special power. The scarab is wild, and also launches expanding reels on the second, third and fourth. The King’s mummy opens the door to the Tomb of the Pharaohs.

Luxor is a typical 5x3 slot game. However, find one or more scarab symbols on the middle three reels, and that reel will expand upward by one row. Each centre reel can grow up to three times. The scarab also serves as a wild, and substitutes for all but the bonus symbol.

Each time the reels grow, the number of betways increases. After each reel expansion, a respin is triggered. This continues for as long as new wilds are appearing on the reels. In the event that no new wilds appear during a spin, the respins end and the base game resumes.

Tomb of the Pharaohs bonus

During any normal spin or respin, the player has a chance of landing three Tut’s mummy symbols. This unlocks the Tomb of the Pharaohs bonus game. A number of decorative urns are presented to the player. Pick from them to reveal possible prizes, until you have three matching awards. They could represent either of the Major and Grand jackpots, or a number of free spins with an expanded reel enhancement.

In the free spins round, the expanded reels are fixed to a number of bet ways, depending on how the player’s click and collect game worked out. Instead of expanding further, wild symbols can expand downwards over the reels to boost wins. Picking up extra mummy symbols will also earn more free spins for the player - up to a maximum of 150!

Luxor is a five reel slot game developed by Pariplay. The base game has 243 active bet ways, rather than paylines, meaning that any three matching symbols, reading left to right from reel one, will pay. The number of bet ways rises to 1944, in the event of all three centre reels expanding fully. Other features include respins and free spins.

You can play this game on any desktop PC with an internet connection, and also on the majority of smartphone and tablet devices. Luxor is both iOS and Android compatible.

Our verdict on the Luxor slot game

This is a great take on a popular theme, with Ancient Egypt well represented in the game’s icons and graphics. It is a stylish and attractive game, with innovative features and plenty of action. The click and win bonus game is a little confusing at first, but a few spins in demo mode will soon show you how it works. If you want a steady mid-intensity slot with fun features and the chance for big prizes, then Luxor is well worth checking out. Try it now at one of the leading online casinos listed here on our site.