Casinos that have Diamond Empire Slot 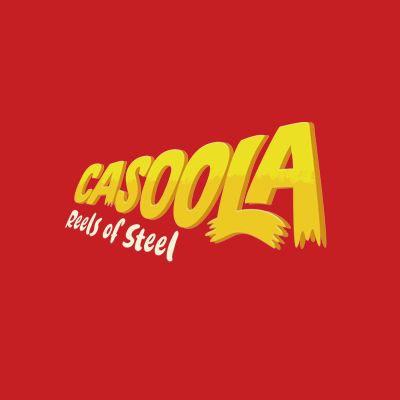 Everyone wishes for their own diamond empire where precious stones never stop sparkling and cash flow never ceases. Well, luckily for online players worldwide, Microgaming has just released a brand-new video slot in collaboration with Triple Edge Studios under the name Diamond Empire; this game lets everyone, regardless whether they prefer desktop or mobile play, to enter a personal Diamond Empire and enjoy the luxurious life of a wealthy person.

This 3-reel video slot is an exciting game with classy soundtrack and lots of twists. Namely, Microgaming has equipped it with a very rewarding Wheel Bonus feature and glorious themed symbols. Thanks to its classic slot layout and modern design, Diamond Empire provides an attractive gameplay to all types of players, no matter what type of online slots they prefer.

Microgaming is a pro when it comes to combining classic slots with modern technology; therefore, players should expect smooth gaming and impressive graphics from Diamond Empire. This game’s action is placed on three reels only and its 3x3 layout features a total of 15 paylines; the number of paylines cannot be adjusted by players. Diamond Empire is a video slot that supports playing on various devices and thus players can enjoy it on desktops, tablets and smartphones without any issues.

One thing that may be disappointing to medium and especially to high rollers are the game’s betting limits. Namely, the minimum stake that can be placed is 0.15, whereas the maximum is only 15. This can be a real deal breaker for those that prefer betting larger sums of at least 50 per spin. On the other, when the max bet is compared to the jackpot od 13,320, players can actually understand the huge potential of the game i.e. the proportion of max bet vs. max prize.

Moving on to design, symbols and pays, Diamond Empire promises a lot. Even though there aren’t any animations or cute characters, the game boasts with top-class graphic effects. The playing experience is glitch-free, and all symbols are wonderfully designed. Just like the majority of classic slots, the standard symbols on Diamond Empire are bars (bar, 2 bars and 3 bars), cherries (designed like precious gems) and sevens. Winnings start at hitting any three bar symbols and then are followed by bars, 2 bars and 3 bars. The cherries and the sevens are the best-paying standard symbols on the game, of which the latter pay 5.33 times the total bet. The playing screen is place in front of an Art Nouveau theme, which gives kind of a luxurious feeling of the gameplay.

Just like many other Microgaming picks, Diamond Empire has RTP of 96%. This makes the game a good and rewarding pick for playing; nonetheless, even with RTP over 95%, it would’ve been much better for this figure to be at least 98% in order to be considered a top title in this regard.

Even though Diamond Empire has a total of 6 symbols, the provider still managed to make one of those quite special. Namely, the diamonds, which are appropriate considering the name of the game, have multiple purposes and roles in this video slot.

First, they are the best-paying symbol and three of them per payline pays around 666 times the initial bet. Second, players will certainly notice the 2x sign in front of the diamonds symbol; this is actually a multiplier as the symbol acts as a 2x multiplier too. Moreover, the multipliers are added up when there are more than one diamonds symbols, contributing towards juicy payouts.

As if these two things weren’t enough, the provider went a step further and made the diamonds symbol a wild as well; this means that diamonds can substitute for all other symbols and thus boost your chances of hitting a nice prize. For example, if you hit two sevens and a diamond in a payline, not only you’ll score three of a kind sevens win, but also a 2x multiplier. Sweet, right?

Prepare for this, the diamonds symbol has another role too; this is possibly the most important one as it triggers the bonus feature. That’s right, besides being best-paying symbol, a multiplier and a wild, this symbol is also the scatter of Diamond Empire.

Hitting three scatters i.e. three diamonds symbols activates the Wheel Bonus feature. This is naturally the game’s most important feature as it raises the hopes for conquering the highest prize of 888 times the total bet. Once the Wheel Bonus is triggered, a second screen is loaded, and the colourful wheel appears in the middle of the screen. Even though every player would wish for at least three spins, what you get is a single spin on the wheel; thus, you should focus to make it count.

It must be pointed out that every result is a cash prize; however, these start at low 1 credit and feature other not that impressive wins of 10, 28 or 58. Even though each unexpected prize in addition to the line win is gladly welcomed, what every player should hope for is obviously the main win of 888x the stake.

Diamond Empire by Microgaming is a game that everyone should try. Even if 3-reel slots that feature classic symbols like sevens and bars aren’t your thing, the game has cool features to compensate. Diamond Empire has good RTP, a generous Wheel Bonus game and great graphics; in other words, this pick can keep you entertained for hours, even at first you may get the idea that it’s too simple to be fun.

The engaging gameplay is spiced up with a classy background melody, thus playing Diamond Empire is an entire experience rather than a time-killing activity. If, after all, Diamond Empire is not your cup of tea, then you may want to stick to other top-notch Microgaming picks such as Dream Date or Jurassic Park.