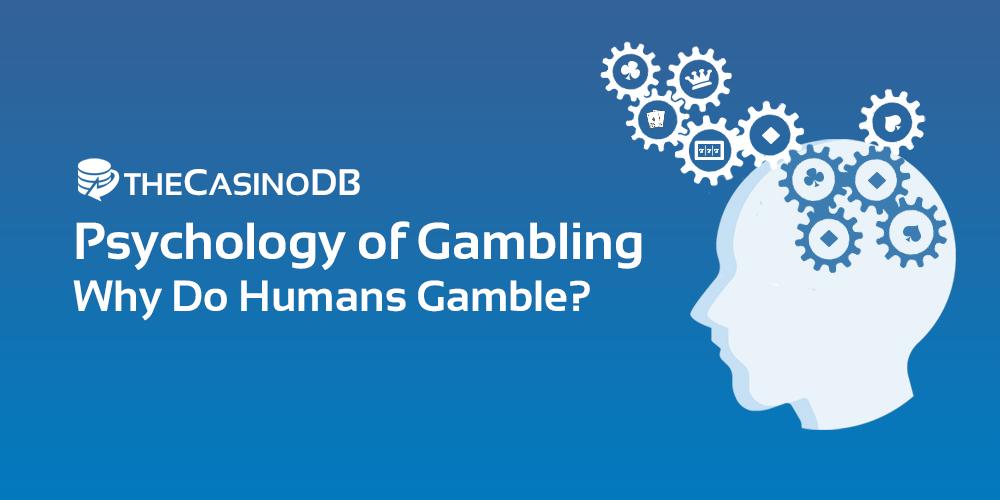 Why are humans so drawn to casino games?

A look at the psychology of gambling

For thousands of years, humans have been creating and playing gambling games. Archaeologists have uncovered dice in Western Asia that date back more than 5000 years, while Chinese historians have discovered gambling houses that existed from around 1000 BC. In 1638, Il Ridotto opened in Venice - widely recognised as the world’s first modern style casino - while lotteries and dominoes date back as far as the 10th Century.

It seems that modern humans have always gambled. As time has passed, gambling has been regulated much more heavily. There are age restrictions on gaming, taxes to be paid by the casinos and, in some places, the players, and also rules about when and where gambling can take place. Yet despite these obstacles, the appetite for gambling has remained strong. In fact, gambling today is more prevalent than ever before with new casino sites popping up almost every day online.

When you think of gambling games, you probably think of the traditional casino. Poker, slot machines, roulette and blackjack are among the most popular and prevalent forms of gambling. However, there are many other gambling games which are so common, you might not even consider them betting! Lotteries, bingo games, and even raffles are all forms of gambling. Heck, in some circles investing is considered just another form of gambling with billions on the table!

You might also encounter gambling in video games, on social media, and even in online advertising. A process known as ‘gamification’ involves making tasks and activities more like a video game. Based on the risk-and-reward process that drives traditional gambling, gamified marketing encourages interactions from customers in return for small rewards.

It is incredibly hard to avoid gambling - and with so many different ways to have a bet, why would you want to? Whether you dream of winning the lottery jackpot or you love the challenge of a poker game, there is a gambling game out there to suit almost everyone. So what is it that makes gambling so universally enjoyable - and how can players stay safe?

What makes gambling so appealing?

The Gambling Commission estimates that 56% of the UK’s adult population gambles. Many play in casinos or at online casino websites, though the most popular form of gambling by far is the National Lottery. The majority of players take part because they hope for a win: they want their reward to greatly outweigh their risk. However, many gamblers also say they love the thrill of the game, and that is why they take part.

That thrill is great when a player is in control - but if they start to develop a gambling problem, the thrill-seeking and risk-taking can quickly escalate. The UK’s gaming regulator believes that 6.6% of the gambling population, and around 3% of the general population, are at risk of developing a gambling problem. Psychologists and addiction specialists around the world have been working to discover exactly what drives compulsive gambling - and indeed, all gaming - and they have discovered some important connections between gambling addiction and drug addiction.

Understanding the psychology of gambling

It was once thought that gambling addiction was an impulse control disorder, similar to kleptomania or pyromania. The Scientific American journal notes that the American Psychiatric Association has historically treated compulsive gambling solely through psychological therapy. However, recent scientific discoveries have indicated that gambling addiction has more in common with substance dependence than with impulse control conditions: and the APA has updated its own guidance to reflect this new information.

How the brain reacts to gambling

Scientists at the Cambridge University and the Wolfson Brain Imaging Centre have conducted experiments on the magnetic activity in the brains of gambling game players. They discovered that gambling fires the neural pathways which issue rewards to the body, in the form of dopamine. Dopamine is a feel-good chemical released to encourage a human to reward itself: food, sex, and exercise all produce this response. Many illegal drugs manipulate this response and flood the brain with an excess of dopamine - and studies show that gambling seems to have the same effect on the mind.

There is nothing wrong with the odd rush of dopamine. Many gamblers enjoy the odd flutter, or even bet frequently, without developing a problem. The thrill of playing high-risk games - and for high stakes - can create an extreme reaction, without any loss of control. It is that rush, and the chance for a potential reward, that keeps people at the casino table.

However, there is a risk that addiction can set in. Like drug addiction, a gambling addiction occurs when a player is indulging far too much and too often. Studies suggest that tolerance to the dopamine builds up in gambling addicts, so they need to take bigger risks or play more often in order to keep feeling that rush. Just like substance dependence, gambling addicts can experience physical symptoms when they don’t play.

But why do Humans have a dopamine response to gambling?

Having established that humans respond to gambling with dopamine it's natural to ask the question, why? Whilst no one knows for certain there are many theories. The most common theory is that during our evolution taking a calculated risk was needed to survive. Had humans not decided to hunt larger prey, explore new environments or set up shop in an unknown neighborhood we quite simply wouldn't have survived.

These breakthroughs in understanding gambling compulsion have also revolutionised treatment. US doctors have already begun treating problem gambling with anti-addiction medication, instead of focusing on anti-depressants and anti-anxiety drugs. Clinical evidence suggests that these can be much more effective.

Not all problem gamblers will need medication to break the addiction cycle, however. It is possible to withdraw from gambling or reduce the amount of time and money spent on gambling. Through support networks, counseling, and other techniques, players who find the urge to gamble too strong can access a host of helpful services.

Above all else, gambling should be enjoyable for the player. As long as you are having fun, and staying within your own limits, then gambling can be a safe and fun form of entertainment. Responsible gambling can greatly reduce the chance of an addiction developing. Limiting spending, setting time at the tables or slots, and never chasing losses can keep those dopamine levels in check, and prevent the brain from craving too large a risk.

marcin890 claimed a bonus: 20 Spins No Deposit at Casino.com

kaga23 claimed a bonus: Win up to 500 Free Spins Every Deposit at Avenger Slots