An action-packed video slot that is not for the easily offended! Play the Ted Slot for free and find online casinos where you can play for real money.

Casinos that have Ted Slot Machine 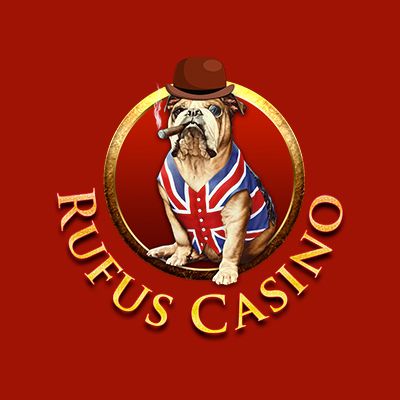 Blueprint Gaming and SG Digital have teamed up once more to bring another Hollywood hit to the slot reels. The big screen feature making its slot debut this time is Ted, a Seth MacFarlane comedy about a teddy bear brought to life by a child’s wish. However, Ted and his best pal are all grown up, and the foul-mouthed plushie is bringing chaos to his life.

The online slot machine inspired by this popular movie is absolutely stuffed with bonus features - 11 different games in total - and filled with funny references to the film. Ted loves beer, girls and four-letter words, so expect crudeness and adult references throughout the game! You'll find the Ted online slot machine available at many of the latest online casinos listed here at TheCasinoDB, and in this article we take a look at the mechanics of the game and where you can play it.

How the Ted slot machine works

Visually, Ted is a bright, colourful and well-styled game which captures the character well. During the game, Ted is crashed out on a sofa underneath the reels. Those reels contain symbols that include beer, a duck, a girl and Ted himself - the game’s wild symbol. There are also Thunder Buddies Bonus symbols: find three to trigger the bonus rounds.

Any spin can trigger one of Ted’s modifiers for a chance to greatly improve the spin. Some, such as the TV streak, only occur on a winning spin. Winning symbols will lock in place, and a respin will trigger repeatedly until no new win symbols are added. Other modifiers, like the Psychedelic Super Spin, will launch when no win occurs. Symbols will be transformed into bonuses, wilds or even colossal symbols, depending on the active modifier.

Three or more symbols launch the bonus round. There are five different bonuses which the player could win, depending on how their spin of the bonus wheel goes. The bonus games are ranked on the prize ladder, and when the player earns a game they can choose to gamble for a higher level bonus, or take the game they have won. Gamble and lose to receive a consolation prize, or keep gambling all the way to the top.

The bonus games are:

During all of the bonus rounds, players have a chance to advance to the Big Money Bonus. This is a spin and win wheel-based game with large cash prizes and other enhancers available. Other games include the Bar Crawl bonus, a virtual board game in which players travel around and pick up prizes, or the Ted free spins which are stuffed full of extra symbols.

This is a fast-paced, high intensity slot game with a high variance level and an RTP of 95.51%. The game has 20 win lines and a 5x3 reel layout - or 5x4 if the Ted Free Spins round is launched. Along the way, base game spins are enhanced by modifiers and bonus games have extra enhancements too. The maximum coin win is 100,000.

Ted runs on Blueprint Gaming’s responsive software, which means the game works on mobiles, tablets and computers. It is an extremely popular slot game, available across a huge number of online casinos including Pink Casino, UK Bet and RedSpins. For a full guide to the top rated UK casino sites, check out our comprehensive list today!

This great online slot game may well have more appeal with fans of the Ted movies than with casino slot players. It is stuffed full of references and in-jokes which might go over the head of a casual player. Plus, it may be a little rude for some people! The game is peppered with expletives, toilet humour and sexual themes, all of which are well in keeping with the outrageous comedy film.

However, this is one of the most action-filled games on the market right now, thanks to the variety of bonus features and mini-games which have been stuffed into the slot game. From the random spin modifiers to the bonuses themselves, there is always something happening during gameplay - and this makes the Ted slot game very appealing indeed.