Step back in time with this mystical, magical slot game straight out of Ancient Egypt and brought to you by Pragmatic Play.

Casinos that have Ancient Egypt Slot 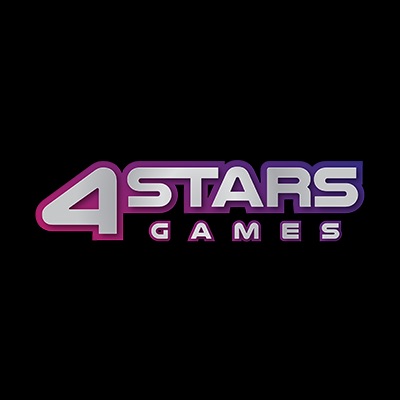 One of the most popular and enduring themes for online video slots is Ancient Egypt, and Pragmatic Play have developed their own slot game to fit this genre. Released in October 2018, the aptly-named Ancient Egypt slot game is packed with the icons and images of the North African dynasty, from jewelled scarabs to Queen Cleopatra herself.

Discover the treasures of the ancient world in this colourful online slot, which features mystery scatters, free spins and wild symbols. Win up to 250,000 coins in the bonus feature, with click and win prizes or the chance for free spins. We took a look at the game in action, so we can tell you everything you need to know about it.

Step into the temple of the ancient queen Cleopatra, where sparkling treasures and religious icons fill the halls. Pragmatic Play’s Ancient Egypt slot game is set amid tall columns, intricately carved with hieroglyphics, and lit by bright bowls of fire. The reels themselves are edged with glittering gold, and stuffed with gems and treasures.

The game’s lower value symbols are the traditional 10-J-Q-K-A royal set, which are beautifully stylised with icons from Egyptian history. There is also Queen Cleopatra, the ankh cross, the Eye of Horus, and the glistening golden scarab beetle.

Much of the game’s action focuses on the scarab. It acts as a scatter win, paying out for three or more anywhere on the reels. It is also a wild symbol that substitutes for any other symbol to complete a win on any payline. Finally, it is the bonus symbol for the game. Three or more beetles will award a payout, and also open the pick and win bonus round.

When three scarabs (or more) appear in a base game spin, the bonus round will launch. Players will be shown three ornate chests, each containing treasure. There are three prizes on offer - a low cash prize, a high cash prize, or a round of free spins. The low prize is the wager amount for that spin, while the high prize is a random jackpot sum which is based on the player’s current bet value. The highest possible win during this round is 250,000 coins.

If the player wins free spins instead of a cash prize, then the mystery scatter will be chosen. All of the game’s symbols flash above the chest, and one is chosen at random. During the free spins, if this symbol appears on three or more reels, it will expand to fill the reel. The symbol will pay out anywhere, potentially racking up big wins for the player.

The base award is ten spins for the round. However, more can be won if the player finds additional bonus symbols during the game. For every three scarabs, a further 10 spins are added. Those scarabs continue to act as wilds too, completing win lines for the player.

Ancient Egypt is a fairly traditional slot game, with a 5x3 reel layout and 10 active paylines. The RTP rate is about average too, with a 96.13% published value. This is a mid to high variance game - expect intense play, broken up with some smaller wins. We found Ancient Egypt to offer a good mix of high and low wins over time, and there are enough bonus triggers to keep play interesting.

Coin value can be adjusted from 0.01 to 0.50, and the number of coins bet each time can also be varied. Bets can therefore cost anywhere from 10p to £50 per spin, with all prizes adjusted accordingly. The maximum win is 500X the bet amount, up to 250,000 coins.

Ancient Egypt was designed as an online slot for desktop play, and initially developed in Flash. However, it has undergone a significant HTML5 upgrade which has made the game faster and smoother, while also allowing a seamless transfer to mobile.

It is no surprise that Ancient Egypt themed slots are popular. The opulence and extravagance of this era has always fascinated people. Pragmatic Play’s nod to this theme includes stunning graphics, and close attention to detail - making it stand out from the rest in a very crowded genre! This is definitely a game to try if you want some Ancient Egyptian adventures, and the chance to find some treasures too.

There are a few small issues with the game. For example, the free spins bonus does not feature a prominent countdown of spins remaining, so you can lose track of the round. It can also take a little while to get used to the expanding symbol and how it works. We recommend trying a few spins in demo mode before committing to cash play, just to make sure you are familiar with the rules.

You can play Ancient Egypt for yourself, for free or for real, at some of the UK’s finest online casinos. Visit Slotstrike to find this and other Pragmatic titles. Sign up as a member now to qualify for a 100% deposit match bonus, plus a free spins award!

Respin until you win with this classic casino slot

Combining the popular Asian theme with traditional casino slot gaming, Pragmatic Play has produced the fabulous Triple Dragons game. This three-reel game is based on classic fruit machine slots, with a special feature thrown in to keep the bigger wins coming. Filled with bright and colourful symbols on a clear, bold background, Triple Dragons is a fun and versatile game which moves seamlessly between mobile, desktop and land casino play.

We spun the reels of Triple Dragons to see just how it works, and to deliver our verdict. Read on to learn how to play the game, and what to expect from it.

Take a look at Triple Dragons

As an arcade slot, Triple Dragons has three reels instead of the more familiar five. The game has a deep red background adorned with plenty of gold. The symbols on the reels are inspired by traditional Chinese illustrations, and include a blossoming Lotus flower, a painted drum, a money bag, and the Golden Dragon.

There are also four playing card suits, representing the lower value wins in the game. Reels are stacked with the symbols, meaning that many wins will land across multiple paylines. On screen is the game’s pay table, explaining the awards as based on the bet value. As with most Pragmatic Play games, the bet can be adjusted by coin value, and also by number.

In the event that three stacked dragons land on the reels, players trigger an automatic respin. The dragons themselves turn into wilds, and stick in place for the duration of the respins. In this round, you spin until you land a win! Any combination of matching symbols, along with the wilds, will pay out according to the pay table values. Getting three more stacked wilds will keep the respins coming - cover the reels in dragons to hit the jackpot.

Triple Dragons was developed by the Pragmatic Play studios, and has been licensed for play throughout the UK available at new casinos including the popular Nektan Casino sites. The game consists of a 3x3 reel set, with five active paylines that read from left to right. Wins are made with any matching combination of three symbols, which all fall across a payline. All paylines can be triggered at once, with 9 matching symbols.

The game has a 96.51% RTP, which is comfortably high for a game in this classic slot style. However, this is an extremely volatile slot game, so players should expect significant balance fluctuations during any play session! The maximum win from the game is 1000x the player’s stake, based on finding nine Golden Dragon symbols during a spin or respin.

Triple Dragons has the look and feel of a land based casino’s slot machines. However, it is available for desktop players too, and also those who use their mobile to play slots. It looks great on mobile screens, and play is smooth and fast across all platforms. In game features include autoplay, quick spins and turbo, which allows players to find their own pace.

As an arcade fruit machine style game, Triple Dragons doesn’t come with all the bells and whistles of other Pragmatic Play games. It might not have much appeal with video slots players, who are used to interactive bonuses and a host of features. However, this game will really suit anyone who likes the classic casino slot experience. The rules are simple, the game is attractive, and the respin feature keeps it interesting.

The respin bonus can be fun, but also frustrating. Even if a player gets two full rows of high value symbols next to the stacked dragons, these are lost without paying out as the respin is triggered. Only the next winning symbol set pays for that spin. This can often work in the player’s favour, with a higher win that initially spun - but sometimes it goes the other way.

Overall, Triple Dragons is a solid simple slot, ideal for traditional casino fans. It has a chance for reasonable returns, if you can handle the high intensity play. Try the game for free, or for real cash, at some of the UK’s finest online casinos. Why not check out Slotstrike Casino, which is currently offering up to £500 in welcome bonuses?